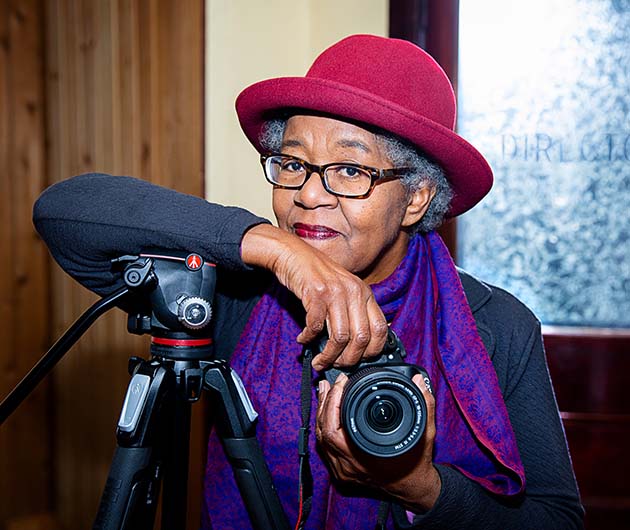 Sylvia D. Hamilton is a Nova Scotian filmmaker and writer who is known for her award-winning documentary films as well as her publications, public presentations, and extensive volunteer work with artistic, social, and cultural organizations at the local and national levels. Her films include Black Mother Black Daughter, Speak It! From the Heart of Black Nova Scotia, and  Portia White: Think On Me, a documentary about the legendary Canadian contralto Portia White, and The Little Black School House, an exploration of Canada’s segregated schools. Her films have been invited to festivals in Canada and abroad, and have been telecast on CBC Television, BRAVO, VISION, TVO and The Knowledge Network. They are extensively used in schools and universities across Canada. Prior to becoming involved in the film industry she worked as a radio journalist. Sylvia worked with the National Film Board’s Studio D (The Women’s Studio) where she co-created New Initiatives in Film, a program for women of colour and First Nations Women. She was a contributor to and co-editor of We’re Rooted Here and They Can’t Pull Us Up: Essays in African Canadian Women’s History, the first collection of its kind published in Canada. Her poetry and essays have appeared in a variety of Canadian publications.

Sylvia has been widely recognized for her work. Her awards include a Gemini, The Portia White Prize, the CBC Television Pioneer Award, and the Queen’s Diamond Jubilee Medal, among others. Sylvia was a mentor with the Trudeau Foundation, she has received three honorary degrees, and she has held The Nancy’s Chair in Women’s Studies at Mount Saint Vincent University in Halifax. She has served on and chaired many arts-related juries and was the national chair of the Women in Media Foundation. She has been invited to screen her films and to give keynote addresses at conferences, workshops, and public events across Canada and in Mexico, Jamaica, New York, San Francisco, Norway, and Mauritius among other locations.

Documentary film and the role of media in society, women’s history, arts and culture, history and culture of African Canadians and Africans in the diaspora.

Sylvia Hamilton talks about the back story to the film Little Black Schoolhouse at Simon Fraser University in February 2009. See video here.