To build a site that now gets one million visitors a month—I can step back and think, ‘I created that.’

When Pete Pachal started the one-year Bachelor of Journalism at King’s, he was immediately struck by the school’s sense of support and community.

“Everybody who was there wanted to be there. When you have people who really want to work hard, great things happen.”

Buoyed by the program, Pachal decided to test his mettle further and complete his one-month internship (a requisite for the one-year journalism program) in New York City.

“It was a good opportunity to see if being in New York was something I really wanted,” he explains. “I applied to every paper and magazine I was remotely qualified for or interested in. And I lucked out.”

Pete’s internship ended up being the start of a long career in tech reporting in New York, where he now lives with his family. He spent his internship working with New York Magazine—a weekly that gave him plenty of opportunities to test his abilities and learn from his mistakes. Following that experience, he vowed to return. After graduating, he flew to New York with nothing but $400 and a credit card. “I gave myself three weeks to find work,” he says. Luckily, he found a magazine job in two and a half.

Sound and Vision, a consumer electronics magazine, gave Pachal his foothold in New York. Six years later, he moved from working for an outlet to creating one. NBC Universal wanted to develop a technology site for Syfy, its science fiction cable channel. Pachal’s site DVICE, would extend the Syfy brand to tech junkies, with a daily blog about innovation in technology, science and design. “To build a site that now gets one million visitors a month—I can step back and think, ‘I created that.’”

Following the success of DVICE, Pete went on to become the Tech Editor at Mashable for seven years, where he covered everything from self-driving cars to self-destructing smartphones. Almost two years later and Pete is the Executive Editor at CoinDesk, which primarily covers Bitcoin and cryptocurrency news. Moving from working in breaking news to managing the big picture, Pete now oversees project management, monetization strategies and organizing staff. He also writes the “What’s Working” column with the Reynold’s Journalism Institute at the Missouri School of Journalism.

Working in the niche beat of tech and cryptocurrency reporting, Pete always tries to appeal to a broader audience. He recalls being impressed as a young reader by publications like Time (who have, years later, published his work): “It’s definitely influenced (me)… the best writers could really reach a broad audience with good insights and an authoritative voice that doesn’t dumb things down.”

Alongside managing projects and organizing the vision of CoinDesk, Pete still spends time sharing stories with readers through ‘explainer’ features and newsletter. One of the most interesting aspects, he says, is being able to explain the ins and outs of cryptocurrency in a way that makes sense to ‘discovery readers’, or newcomers to cryptocurrency and tech.

“It’s very intriguing. Once you get it, it’s an ‘aha’ moment for people. It’s kind of difficult to explain, but once you’ve got it you’ve got it.” 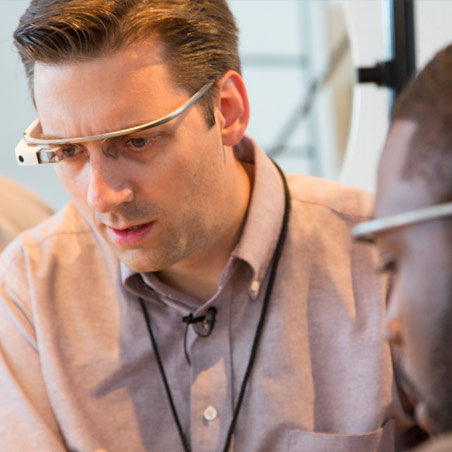