Psychiatry is an interesting intersection of the humanities, ethics and storytelling with science and medicine.

Chelcie Soroka has been asked the question probably hundreds of times: Why take a journalism degree and then go to medical school? She has perfected the short answer.

“I always knew I was going to go into medicine and become a psychiatrist,” she says. “That was always the plan, even when I was applying to King’s. I had decided I wanted a first degree that would give me a broad range of skills.”

Her BJ(Hons) did just that. Chelcie is currently a Psychiatry Resident in Halifax having earned her MD from the Dalhousie Medical School. She says the writing and interviewing skills she learned studying journalism have helped her enormously in her chosen field. But there is so much more.

“Psychiatry is an interesting intersection of the humanities and ethics and storytelling with science and medicine,” Chelcie explains. “At the core of both journalism and psychiatry is people and their stories. I was privileged as a journalism student to ask people for their stories. In psychiatry I ask patients for every detail of their life to get to know them, to diagnose them accurately and get them on a good treatment plan. To do that I need to know where they are coming from. Their story is at the core of that.”

That is a constant in psychiatry—the patient’s story. But psychiatry itself is anything but constant Chelcie says.

“Psychiatry must be one of the most changing fields of medicine. Psychiatry is like the last frontier. There is still so much we don’t understand.“

But discoveries in neuroscience and pharmacology and new therapeutic techniques keep the discipline moving forward. Still, Chelcie knows that the public is often misinformed when it comes to mental illness. She volunteers with the Canadian Mental Health Association to help those who are stigmatized because of their illness. At work she does what she can to help others understand.

“A lot of my time is spent educating the immediate friends and family around my patients about psychiatry. I assessed a patient the other day who had an eating disorder. I spent time with the mother and father explaining how that works, that an eating disorder is not a choice, it’s not something the patient can control. It’s brand new news to a lot of people. Sadly, many people see mental illness as a moral failing, or a choice, or being a personal weakness. But it’s not. It’s a brain disorder. So, I talk with friends and family about how they can be supportive

Chelcie is most interested in working with younger patients. She says many of them need support. There are new pressures on them, pressures that weren’t there a couple of decades ago, that attack their self-confidence.

“I see it in the clinics and it’s heartbreaking to see what happens, how they think of themselves as a result of social media like Instagram and Twitter.”

But it’s not all gloomy. Chelcie notes that social media can also be used to promote mental health.

“There is slow and incremental progress in terms of de-stigmatizing mental illness. More people are coming forward with their stories. That helps others. And that’s great” 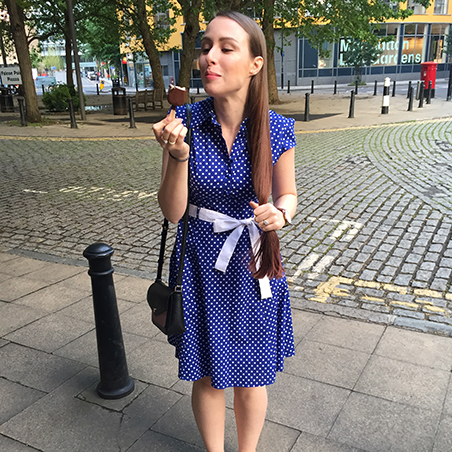