When you are the writer you are the one birthing the project. You are creating the world.

“I was walking across the King’s quad when I got the call,” Chloé Hung explains. “I had got the part of Juliet! I was jumping up and down!”

To get a lead role in a King’s Theatrical Society (KTS) production of Romeo and Juliet was a big deal for a self confessed “theatre nerd”.

“In high school I did some theatre, but I was always playing, like, Guard Number 2.”

It was also a big deal that it was Shakespeare. Chloé had studied The Bard at a summer school put on by Stratford before going to King’s. She also studied at the London Academy of Music and Dramatic Art between the Foundation Year Program (FYP) and her second year.

“That was a Shakespeare based program too. And that’s how I ended up in the Early Modern Studies program at King’s. I was always so drawn to the Elizabethan era.”

Chloé acted in other KTS productions and she also tried her hand at directing. The “theatre nerd” discovered that, “King’s had that can-do spirit, that scrappy attitude where everything is possible.”

After graduating Chloé went back to Toronto, looking for internships at theatre and film companies. It turned out to be a tough market. So, she put that aside and went off to South Korea for a year to teach English. While she was there she applied for the MFA program in Dramatic Writing at New York University’s Tisch School of the Arts. She was accepted, and the program proved what she had known from childhood.

“When you are the writer you are the one birthing the project. You are creating the world.”

One of the projects she “birthed” was the play Issei, He Say (or the Myth of the First). Chloé uses her grandmother’s experiences to examine some of the challenges that face first generation immigrants. One of Chloé’s professors recognized the quality of her work and nominated it for a spot in the National New Play Network’s workshop at the Kennedy Centre. Issei was one of eight chosen from across America and professional actors and directors helped develop the plays. At the end of the week-long session, the actors did readings of the works in the Kennedy Centre for people in the business.

The script for Issei ended up in the hands of people at the show Queen Sugar, an award-winning drama television series on the Oprah Winfrey Network. They asked for another writing sample. Chloé gave them All Our Yesterdays, a play about the kidnapped Nigerian schoolgirls. The next thing she knew she was Skyping with Ava DuVernay, a renowned film director and executive producer of Queen Sugar.

It was a very high stress, high stakes conversation. “She told me she only had fifteen minutes, so let’s get talking.”

Chloé is now a writer on Queen Sugar, writing whole episodes. On the day one of her programs aired Chloé put on a black t-shirt with a quote on it from one of the characters in the show. Chloé didn’t write it, but it is something she believes in. It reads: 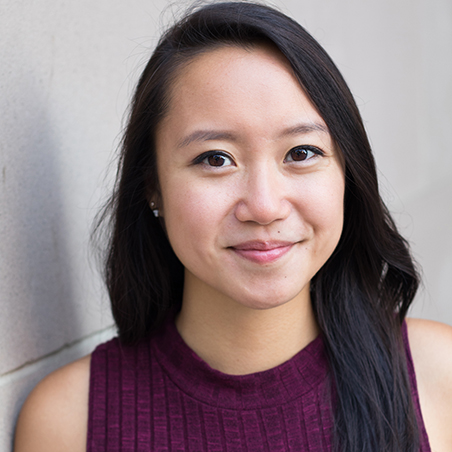