King’s really showed me the way that I want to live my life.

When Davis Carr wants to do something new, chances are it will get done.

Since she graduated in 2012, Davis has been a force to be reckoned with in the field of communications. “It took me a long time to realize that communications was the word for what I did,” she laughs. But after chatting for a few minutes, it’s clear that Davis has always had a skill for connecting with others, whether through designing posters for the King’s Theatrical Society (KTS), teaching classes on social media strategy at Algonquin College, or starting up her own tarot business.

When asked if she knew what she wanted to do in her undergrad, she says, “Not at all!”

“It was really the process of immersing myself in the community and the process and following my interests.” She says. “The things I learned through extracurriculars were more valuable for learning real life skills than any job or class. It was being involved at King’s that really helped me learn who I was.”

Davis was definitely involved: she learned graphic design making posters for the KTS, worked as production manager of The Watch and editor of The Record, King’s yearbook. She was also layout editor of Hinge, the Contemporary Studies Journal, in addition to producing a few KTS shows in her upper years.

“When I graduated with my Contemporary Studies and my English degree, I always joke that Twitter and graphic design and Photoshop were my biggest skills.”

As she likes to say, Davis is involved in the theory and the praxis of communications. Writing her undergraduate thesis on the work of Marshall McLuhan, she went on to pursue a Master’s in Media Production at Ryerson. Her research focused on deepening her understanding and passion for finding new and effective way to communicate and to create virtual communities through social media. It is the two-way communication they provide that intrigues her.

“It is a really exciting way that people are able to communicate with one another and you’re able to have a stronger influence as a consumer of media than you have had in the past.”

Her current position as the Communications Advisor at the Federation for Canadian Municipalities is in line with her desire to combine communications and social justice work.

“Progressive values are very important to me. I really believe that we all have an obligation to do good. I have always been attracted to social justice and progressive organizations.”

When asked what advice she would give to her undergraduate self, Davis says, “Say ‘yes’ to the experiences and the opportunities and the people that make you light up, that make you feel that this is what you want in your life… King’s is such a special place to be in community with folks. Be open and be true to what feels authentic to you.” 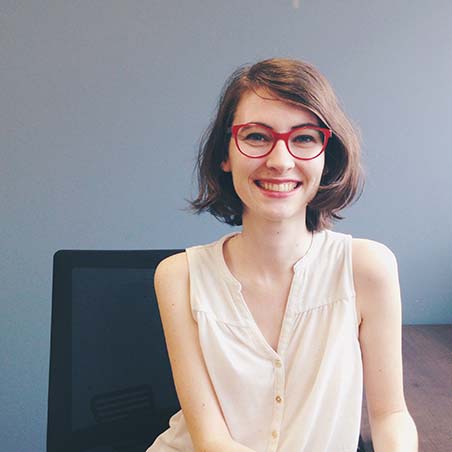