I think the decisions of the career come down to decisions of the gut and the heart. For your own health and well-being, sometimes it’s just about pursuing things that feel right in the gut.

It was by chance that Jenn Thornhill Verma decided to return to King’s after over a decade away. “I was flying and saw an advertisement for the MFA program and I had this idea about digging into this story about my family and our connection to the fishery,” she explains.

That story, written as a student in the MFA program, became her book Cod Collapse: The Rise and Fall of Newfoundland’s Saltwater Cowboys. The book tells the story of the early-nineties collapse of the Newfoundland and Labrador cod fishing industry.

Jenn’s return to King’s overlapped with a transitional period in her life—she was pregnant with her first-born when she began the program and gave birth to her daughter a few months in. In the second year of the program, she lost her father.

“I had this story in me that I felt compelled to tell and I think part of what compelled me to tell it was my father was dying; my husband and I were trying to have a family, it was kind of at an intersection of life and death, where I wanted to learn as much as I could from my father, and relay that to my children in the future.” She describes the writing process as cathartic and considers it a partial memoir.

Published in 2019 by Nimbus Publishing, a chapter of the book was turned into a six-minute short film titled Last Fish, First Boat (2021). It gave Jenn, who now resides in Ottawa, the chance to work with fellow East Coast artists and creatives including Kat Frick Miller, who did the film’s animation. It also offered her the opportunity to better showcase the book’s characters.

“Here was a case where I could let a character, Gene Maloney, really shine as a character that he is, and I think Kat was able to illustrate him in perfect form.” The short will be shown at film festivals, including the FIN Atlantic International Film Festival, September 16-23, 2021; the Lunenburg Doc Fest, September 23-29, 2021; and the St. John’s International Women’s Film Festival, October 13-17, 2021.

Alongside her day-to-day focus writing long-form print pieces for publications such as The Globe and Mail and The Narwhal, she is working on another book proposal on fisheries management, or rather, their mismanagement. “I think this is such an important storyline and narrative for the Canadian context coast to coast to coast and it’s also important globally when we think about food sovereignty and food systems.”

While the cod fisheries of Newfoundland and Labrador have a special place for the native Newfoundlander, there’s another story that will bring her back to her roots—a love story.

Jenn is also working on a piece of experimental fiction based on nonfictional events surrounding her great grandmother’s decision to give up her son (Jenn’s maternal grandfather) for adoption. “She was a maid servant at what is the largest lighthouse in Atlantic Canada, and so the year she had him, the Spanish Flu was running rampant. We believe she had an affair with the lighthouse keeper who was 20+ years her senior, who was married with his own children, and the war was going on. Later that year her brother was in a gas attack; he would survive, but she had so much loss at that point in her life—her father had committed suicide a couple years earlier, she lost her sister, her mother died at a young age, and then giving up my grandfather.”

The setting for this story? Point Amour. “I mean, as if this place is called Love’s Point!” she exclaims.

She calls the opportunity to work on both her family’s story and the important issue of fisheries management a win-win. “The more I can do things like that, the better.”

It’s not the first time Jenn’s been able to combine her interests. During her undergrad, she started off studying science at Dalhousie before transferring to King’s to major in journalism, with a minor in biology. “I spent my mornings in the lab and my afternoons pursuing journalism projects.” She then completed a Masters of Science in Medicine before returning to King’s for the MFA program. She now splits her time between a role with the McMaster Health Forum and working on journalism projects. Reflecting on her accomplishments in these two distinct fields, Jenn is a fellow of the Royal Canadian Geographical Society as well as a member of the Canadian Association of Journalists. These two achievements are close to her heart.

And although Jenn “loves the romanticism of being a beat reporter, I’m not,” she laughs. “But I get to … tell stories where one leads off, the other one picks up and so I think there’s a lot of opportunity from a freelance perspective.”

And though she’s had some naysayers who’ve suggested she focus solely on one avenue, be it film, journalism, creative fiction, or her non-profit work, Jenn explains “I think the decisions of the career come down to decisions of the gut and the heart. For your own health and well-being, sometimes it’s just about pursuing things that feel right in the gut.”

And for Jenn, being able to marry the aspects of journalism and creative writing, non-profit work and now also film, is what feels right in the gut. 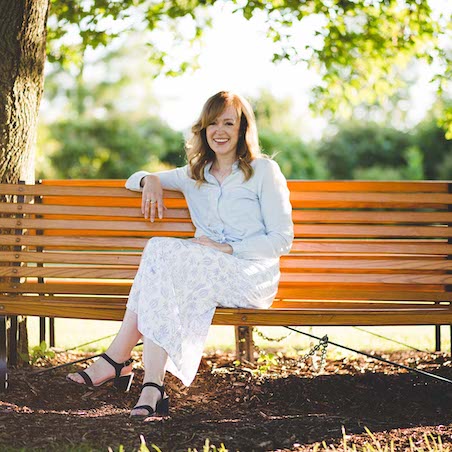