Where I am now, I can’t even articulate it – it was my inarticulable dream when I was at King’s.

“It’s strange to me that I circled back and became a writer,” Jessica smiles, “I got there in the end. It was just that I had to take a very different path.”

That path has sent Jessica all over the world and created a career that Jessica didn’t know existed as an undergraduate at King’s. “I didn’t understand that a job like mine exists. I thought I had to be a journalist… or I had to be an academic, working at a university,” she explains, “If someone had told me then, I might not have believed them that it would be possible to be a bit more creative in the path, and not necessarily think there was just one track I could follow.”

Jessica chose to study at King’s as an aspiring young journalist, but after completing the Foundation Year Program (FYP), decided to switch to the Contemporary Studies Program (CSP).

“As soon as I got into the books and got into the practice of writing essays, I realized that was what I loved doing…” she explains, “that was the beginning of that path for me.”

Following graduation, Jessica moved to London to study for a master’s in research in humanities and cultural studies. Cognizant that she wanted to stay in academia long-term, Jessica decided to take some time away from the books. “Just to be sure that was what I wanted to do, I made myself promise to take time off.” So, she spent a few years working for a non-profit in London, on primary school literacy.

A few years later, Jessica returned to academia, enrolling in a PhD at York University. Her research took her to the UK, and eventually, to Berlin, for a 6-month fellowship. And she ended up staying for six years!

“It was not something I had planned, so I think creatively that was really good for me, because it interrupted my own sense of where I thought I was going,” she says.

For Jessica, Berlin was an opportunity to spend time outside of her dominant culture and language. “I found that I could think more clearly when I was no longer living in English. That helped me a lot and gave me the freedom to write.” It was during this time, as she was coming to the end of her PhD thesis, that she started working on Turning, her first book.

After conducting research on winter swimming as part of her PhD, Jessica decided to explore Berlin by swimming in the lakes around the city. “This was a practice in giving myself a way to connect and to get to know the place and to relate to it on the terms that, intellectually, I had been trained in,” Jessica explains. “For me, being able to get out into the landscape and to write about that and to have the experience of connecting very physically really gave me some structure.” And so, this lake swimming adventure inspired Turning, which was long listed for the Frank Hegyi Award for Emerging Authors.

Two Trees Make a Forest, Jessica’s second book, is also deeply rooted in nature, landscape and the environment. The book is a memoir which tells the story of grandparents and the Taiwanese aspect of Jessica’s heritage. The core narrative spans a three-month period that Jessica spent in Taiwan, exploring the landscape through hiking and connecting more deeply with the culture and language of her ancestral homeland.

In November 2020, Jessica was awarded the Hilary Weston Writers’ Trust Prize for Nonfiction – the top nonfiction prize in Canada, for Two Trees Make a Forest.

As a result of the COVID-19 pandemic, Jessica and her husband had to unexpectedly relocate from Berlin to London in 2020. Settled in London, Jessica is continuing to write alongside a new role at Cambridge University, working on a research project funded by the Wellcome Trust. Her role is to communicate the history of science research component of the project, through radio programs and other forms of public engagement. “It fits really nicely for me – everything has really come together this year in a way that I hadn’t really anticipated.”

Deciding early in her career that she always wanted to allow space and time to write and create, Jessica recalls working multiple part-time jobs to pay the bills. “It does take a bit of sacrifice in terms of financial stability, at the early stages. But it does work out!”

“I often come back to thinking about my time at King’s. I think it gave me my framework for thinking, which has helped me to do all this, because I approach it with multiple ideas in mind. I try not to be so rigid about how I approach things… It might be ten years before you’re in your dream job, but it is doable. And you might change jobs a million times!”

Jessica has, in many ways, carved out her dream job. “Where I am now, I can’t even articulate it – it was my inarticulable dream when I was at King’s… it seemed too unrealistic, too impossible. Even impractical,” she says. “I write books, I lecture sometimes, I work at a university part-time… and the rest of the time is for writing.” 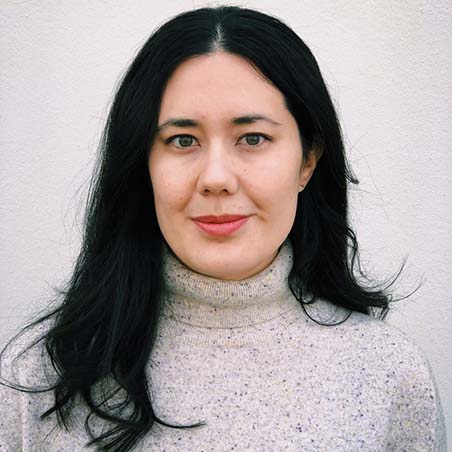