I'm the type of person who likes to get things done – the chance to do something to help people is meaningful.

John is a lawyer with the Legal and Constitutional Law Division of the Nunavut Department of Justice in Iqaluit, just south of the Arctic Circle.

John speaks warmly about the chilly city. “The North is a place where everyone should come at least once in their life,” he says. “We are the potluck supper capital of the world. If you’re doing a community consultation, it’s only right to at least offer tea.”

It has been almost 21 years since Nunavut became a territory of Canada, which makes it a very interesting place to practice law.

We’re still doing things for the first time in Nunavut. We adopted every act, every policy manual, everything from the Northwest Territories whether it worked or not. But we just needed a body of laws. So we’re still trying to figure out how to serve 25 communities, none of which is connected to the other. It’s a really interesting place to practice law. We’re still modifying practices, incorporating Inuit societal values into a Westminster style legal system.”

John clearly cares about the territory he calls home, but 10 years ago he wouldn’t have expected to find himself there. Shortly after his call to the bar, he saw a job listing with the government of Nunavut. “I am a policy nerd at heart,” he laughs, “and the job was working with all of the things I wanted to get good at.” So naturally, he went for it. He had planned to stay for three years, but 10 years later, finds himself more at home than ever.

Between training young lawyers, advising ministers, drafting orders for the Chief Public Health Officer on COVID-19, and acting as President for the Law Society of Nunavut, John is a busy man. At age 32 he was president of the Nunavut Branch of the Canadian Bar Association, giving him a seat on the national Board of Directors as the Nunavut representative. At the Department of Justice, one of his responsibilities is public procurement, advising on contracts for government purchases, everything from fuel to pens to Air Ambulance Services. He also works on issues of privacy, access to information and health care consent.

“If it involves a commodity, a mode of transportation, or something that could go horribly wrong, I’ve been involved as legal counsel,” he says.

Having studied journalism at King’s, John spent a few years of his early career working as a journalist, independently and with CBC. Although his days of freelancing are behind him, his experience in media has given him a skillset he still draws upon today.

“When I went to the Supreme Court of Canada, I only took one piece of paper up to the lectern with me, which is how I was taught to speak in journalism school.” Having interviewed people for a living, John explains, “it’s easier to explain things quickly, get information and facts out of people. You learn how to make things concise and just get up and speak.”

The ability to grasp a situation quickly is a useful skill in a place where Inuit and common law come together. Practicing law in Nunavut means that John and his co-workers work in the intersection between the Canadian and Inuit legal traditions. When working a case or issuing an order, John has to consider Inuit societal values, historical precedent and language differences, among many other factors.

This is exactly what John is doing in his work helping to create a new Mental Health Act for Nunavut. The new act, which is in its second reading before the Legislative Assembly, aims to, “better reflect Inuit societal values and modern medical and psychological innovations,” he says. “It’s based on consultation with elders and psychiatrists. When it comes into force, we will be bringing the law light years ahead from where it is now.”

He was also one of two lawyers to represent the territorial government on a coroner’s inquest on suicide in the territory. “It’s important to mourn and acknowledge what has happened. But I’m the type of person who likes to get things done—the chance to do something to help people is meaningful.”

He fondly remembers a conversation with his father. “I can see you found a place that fits,” his dad said. John replied, “I have to agree.” 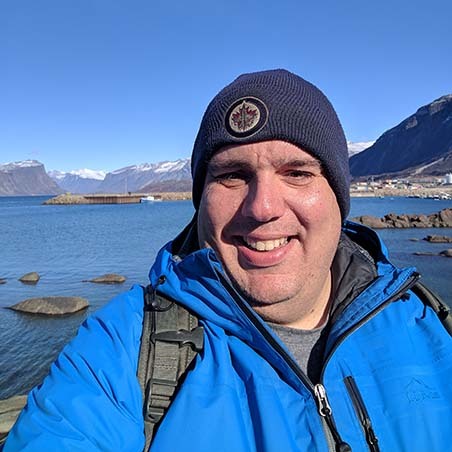