I’ve always been obsessed with my own wonky activism.

“I was a poor, young Mennonite woman from the Prairies with little children. I was of no account to the world. I was nothing.”

That could so easily be the beginning of a novel. But it is not. It is Miriam Toews talking about who she was when she arrived at King’s to study journalism in 1990. Who she is today is astonishingly different.

Today, Miriam is a celebrated author and winner of, among other awards, the Governor General’s Award; The Margaret Laurence Award for Fiction; CBC’s Canada Reads – and those are just for her novel, A Complicated Kindness. There are five other novels and a list of other awards, including the Writers’ Trust Fellowship, that would make most writers swoon.

In a release from the Writer’s Trust, Miriam is described as a writer who “has the unique ability to generate humour alongside heartache, enlivening life’s dark moments with her quick offhand wit.”

For Miriam, it is all about telling stories.

“All of my life I’d been looking for my form of expression, that necessity of self expression, of creating art and telling stories,” she says. “When I was a kid I didn’t know how I was going to do that … studying journalism was the impetus for me to realize that I did want to tell stories. I loved it. I had great encouragement from my teachers. Talking to other people and finding out what it means to be human was encouraged. It was a worthy thing to do – noble, good work – That is what journalism is and that is what writing fiction is.”

She remembers one professor, Ian Wiseman, who told her she could be a journalist but, as she recalls it, he then challenged her. “He said, what I really should do is go back to my ramshackle home in Winnipeg and just write fiction. And he was right.”

But she didn’t know it at the time. After graduating, Miriam ended up at CBC in Winnipeg where she made radio documentaries.

“I was working on a documentary about mothers on welfare and I had been a mother on welfare. I wanted to write about that. I thought I could do a better job showing that world through the freedom of fiction.”

That freedom allowed her to write her first book, Summer of My Amazing Luck, the story of Lucy van Alstyne, a single mom on the dole. Miriam was beginning to find her voice.

“I’ve always been obsessed with my own wonky activism, you know, social justice. There’s probably a theme through my work about the individual versus the system, whatever the system is. It could be welfare or fundamentalism or the mental health care system. And that was my obsession in journalism as well as when I first started writing. It was my job in journalism or fiction to defeat the power structure.”

Miriam adds with a laugh, “I haven’t been successful yet.”

But there are more books to come, and Miriam will use her skills to keep up the fight. “It could be with jokes, making fun of it or exploring it in the most heart breaking way,” she says. “And it started right here in Halifax.” 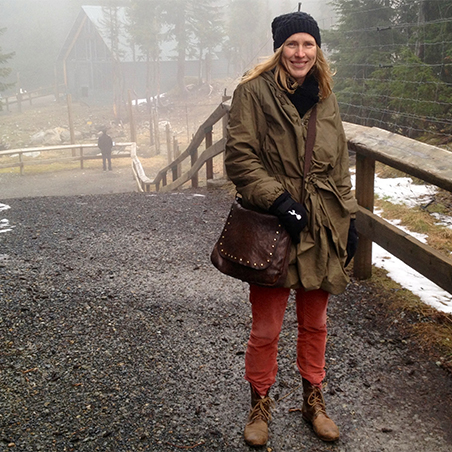