Artistic Director, Outside the March

Every time I move, I box up all my books from King’s. I just know that it’s important to take them with me.

Mitchell Cushman is a triplet, which is interesting in its own right as triplets account for just one in ten thousand births, far more rare than twins (one in 250).

This was the case with Mitchell Cushman and his siblings, Chloe and Anthony. And while we may ask that “What are the odds” question, the Cushmans are an arts-minded family and the siblings had grown up around the theatre. (Their father, Robert Cushman, was theatre critic for the National Post for twenty years.)

“The King’s Theatrical Society was a draw for all three of us,” says Mitchell. “I thought I’d attend King’s for a year and then go to film school, which had kind of been my plan, but having fallen in love with King’s and the KTS, plus the general environment of King’s and the friends I made there, I just couldn’t imagine leaving.”

Like generations of King’s alumni before him, Mitchell had an interest in writing from an early age. While many young people pursue that interest by writing for their high school yearbooks and newsletters, in Mitchell’s case it was youth theatre festivals, where he found a platform to write his first plays, as well as a playwriting co-op program at Toronto’s Tarragon Theatre. (The Cushmans are from Toronto, not Nova Scotia, which made their arrival at King’s that much more of an odds-breaker.)

After graduating from King’s, Mitchell returned to Toronto for a year and found work as an assistant director with theatre companies such as Soulpepper and Theatre Passe Muraille before heading to the University of Alberta to pursue an MFA in directing.

King’s connections and the founding of Outside the March

It was during the first year of his MFA program that Mitchell co-founded Outside the March, the theatre company of which he is Artistic Director to this day. His co-founder, Simon Bloom, is a fellow King’s graduate.

“Two of the other founding artists of Outside the March, Sébastian Heins and Ishai Buchbinder, who still work with the company, are also King’s grads,” says Mitchell. “We had collaborated on KTS productions. Sébastian and Ishai and I had done a production of Waiting for Godot during my senior year and I would say the seeds for Outside the March were planted during that production. So, when Simon and I wanted to start our own company, we really drew on those relationships we’d developed at King’s.”

While he had grown up around the theatre, and while his focus may have been on playwriting when he began at King’s, Mitchell credits the King’s Theatrical Society with exposing him to all aspects of putting on a show, including directing and producing. Looking back, what Mitchell learned with the KTS was most foundational in terms of the career path he would take.

Outside the March is a “site-specific” theatre company, which means productions take place in unorthodox locales such as a kindergarten classroom, an abandoned movie theatre, outside in the woods or on a busy downtown street, with the audience following along with the actors. Mitchell states that the “dozen or so ways” the King’s theatre (“the pit”) was used to mount productions was yet one more inspiration that led to Outside the March.

Describing his King’s professors as “fantastic,” Mitchell says that in addition to the classical texts he read at King’s, as a writer he still draws on his experiences there, speaking of the Foundation Year Program and how it teaches you to think in a different way and develop the kind of inquisition skills that are always the sign of a good writer.

“What’s also special about FYP is you all go through it together, collaboratively, and I really valued being part of that cohort. In addition to remembering the books, you remember all the conversations you had about them. And those books, I find, are burrowed that much more deeply into my psyche because of that communal approach that is so much a part of FYP.”

In the process of apartment hunting at the moment, Mitchell mentions yet one more King’s point of connection

“Every time I move, I box up all my books from King’s. I just know that it’s important to take them with me. They are such a reference point for all of the work that I do.” 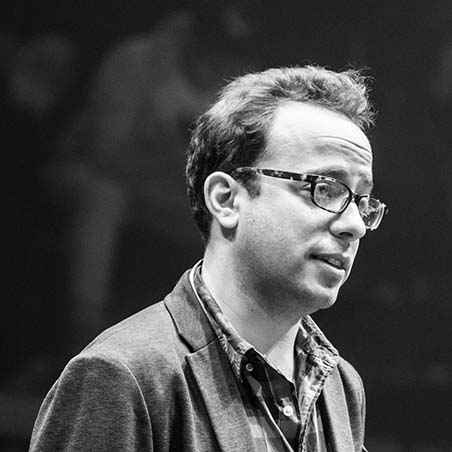