Natalie Meisner is both thoughtful and eloquent when she talks about her craft as playwright.

“I do think of the play as a kind of exquisite blueprint. It is still a work of art but it isn’t really breathing, it isn’t alive until people inhabit it.”

Natalie’s plays have been produced across the country and she has a bucket full of awards with her name on them. But she didn’t begin writing, or acting for that matter, until the day she walked into The Pit at King’s. It was audition day for Jean Paul Sartre’s play, No Exit.

“I went in and did a monologue,” she says, “and they liked it. They wanted to cast me in the role. And they said, incidentally, there’s a scene where you have to kiss another woman. That wouldn’t bother you would it?”

Natalie, coming from a small town on Nova Scotia’s south shore had not yet come out as a gay woman. But on that day she discovered acceptance and support.

“I realized there was this whole group of young people, theatre people, King’s people saying of course that shouldn’t bother anyone. This is theatre. During the course of that semester I managed to find my footing and came out as a gay person to nearly everyone there.”

Natalie wrote her first play that year which has “thankfully been lost in the mists of time” she says. The next year though she attended the National Theatre School where she began studying playwriting in earnest. She came back to Halifax and finished her degree at Dalhousie, majoring in theatre. But she wasn’t done with King’s. She joined with other King’s grads, such as John Cleland (BAH ’94), Daragh Russell (BAH ’94), Jennifer Roberts-Smith (BAH ’94) and Drew Yamada (BAH ’93) to form the theatre collective, Chestnut Tree. She got the chance to further develop her writing chops.

All the while Natalie kept writing. And she continues to do so even in her current role as Associate Professor at Mount Royal University. But not just plays. She wrote Double Pregnant, an account of the rollercoaster ride she and her wife went on in trying to find a sperm donor. It is both funny and poignant. And it led her to write the raucous comedic play, Speed Dating for Sperm Donors which is opening at Neptune Theatre in September 2016. It is a torqued version of the real events chronicled in Double Pregnant. Speed Dating incidentally, was first directed by another King’s grad, Pamela Halstead (BA ’88) at Calgary’s Lunchbox Theatre. It had amazing audience reaction.

“And I thought yeah this is what I want to do,” Natalie says. “I really believe in comedy as a tool for social change.”

Social change and personal change is a big part of Natalie’s life. She thinks back to that first audition in The Pit, and again she is thoughtful and eloquent.

“The courage that it takes to just say – okay I am not going to take the safe route, this is my passion, I love this, I am going to do this – that is made in those tiny little moments.” 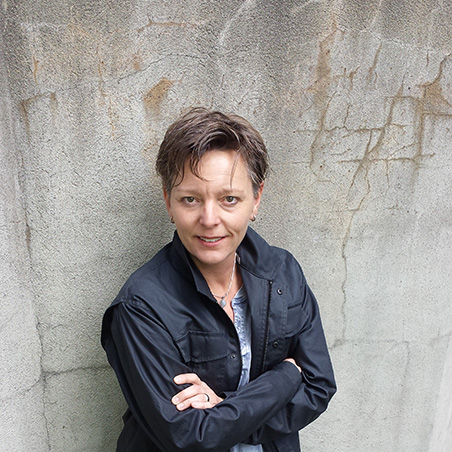