The book is about the future. It’s about what we need to do.

“Cricket is not just an import sport. It’s a welcome mat and a landing pad for generations of Canadians.”

So writes Perry King, BJ’09, in his book Rebound: Sports, Community and the Inclusive City. In it, Perry examines how sports and sporting organizations help communities grow and develop. Along with cricket he looks at other sports such as basketball and hockey, both pro and community based—and crucial questions about who gets to belong, how communities are making their own fate and suggestions for creating a better future.

“Sports is a reflection of how we have come together,” Perry says. “As much as I’d like to say it is not political, there is a certain heartbeat of politics there. Being involved in sports brings about a closer civic relationship with our city that we need to understand.”

Perry himself has always enjoyed sports. He admits to being a terrible basketball player, but knows he has a good arm and is a natural outfielder in baseball.

But his love of sports wasn’t the driving force behind Rebound. Perry has long had an interest in how and what people can do to make neighbourhoods stronger and more cohesive for newcomers, for minorities and for the disadvantaged.

“The book is about the future. It’s about what we need to do… It’s informed by people’s stories in leadership and what they are doing to create change,” he explains.

Perry discovered his interest in thinking local while studying journalism at King’s.

“When I was there I tapped into exactly where I wanted to go journalistically. Some people zoom out to the national and international perspectives and storytelling. But I found I could be effective by dialling into the day-to-day things, the local stories and issues.”

He credits his video documentary professor, Sylvia Hamilton, with giving him the skills he needed.

“She gave me a lot of insight into how to understand how people are thinking and where they put their passions. I was really pulled into thinking deeply about how people care about things. It formed a lot of what I wrote about and the kinds of stories I was interested in telling in my career after King’s.”

Perry was also greatly impacted by Sue Newhook, who taught him the importance of visual storytelling, and Dean Jobb, for sparking his love for feature writing.

After King’s, Perry worked as a freelancer before landing a gig at the Toronto Star. When he got laid off he went back to freelancing while scoring a position as contributing editor at Spacing magazine. Finally, he secured a job at the University of Toronto as a Development Communications Officer for the Ontario Institute for Studies in Education. But like many millennials, one job is not enough. He continues to freelance and, of course, work on Rebound.

“This book is about Toronto but it is not just for Torontonians,” Perry says. “It’s for people who care about their communities, who are connected to other people through sports and beyond. It’s for the guy who gets up at 5 in the morning to open up the rink and runs the Zamboni and the snack shop.”

Perry is publishing excerpts of the book online, beginning with Spacing. It is set for publication in the fall of 2021 by Coach House Books. 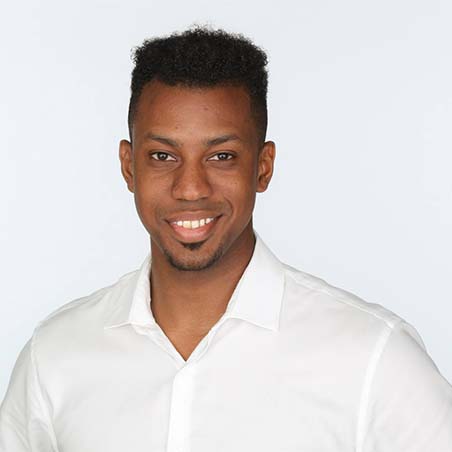