It's the questions that write the poems.

In a verse penned some time ago, Shauntay Grant writes, ”My mother says when I was young I’d follow her, room-to-room, asking the same question: ’Why’? I think that ever since I’ve been asking. I hope I never find the answers. It’s the questions that write the poems.”

Grant’s quest for answers has made her an award-winning author, academic, and spoken word performance artist with prizes including a Best Atlantic Published Book Prize from the Atlantic Book Awards, a Poet of Honour Prize from Spoken Word Canada, a Joseph Armand Bombardier Canada Graduate Scholarship from the Social Sciences and Humanities Research Council of Canada, and most recently a Joseph S. Stauffer Prize in Writing and Publishing from the Canada Council for the Arts. She is the only person to be recognized as both a Sauvé Scholar and a poet laureate, serving the community of Halifax as an advocate for poetry, language and the arts from 2009 to 2011. In 2015 Grant accepted a full-time appointment to the academic staff at Dalhousie University, where she teaches creative writing and coordinates the Creative Writing Program. In April 2016 she will be writing from Pierre Berton’s childhood home in Dawson City, Yukon as one of four Canadian authors slated that year for Canada’s most sought after writing residency. Some may also know her as seven-year host of “All the Best,” a regional music program on CBC’s Radio One.

Skills learned in journalism school have helped Grant express her passion for finding and telling stories in a variety of mediums. Reflecting on her path as a writer, she acknowledges how “J-school encouraged exploration, and provided great opportunities to experiment with many different ways of telling stories such as print forms, radio and recording projects and working with new media artists to explore the intersection of words, images, and sound.” As a performance poet and writer engaged in community research, Grant’s student background in conducting interviews and doing research has offered rich material to her writing outside journalism. 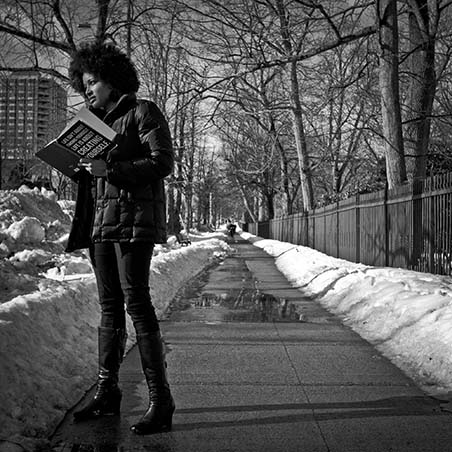