Actress, Member of the Legislative Assembly

For a long time, making theatre in response to the world was enough for me; it was the way I satisfied my dissatisfaction with things. It became not enough all of a sudden and the drive to use my voice in a different way became really strong.

The first year of university is often portrayed as the time when young people discover all of their passions; that this is their one chance to reinvent themselves and decide on their future plans. Susan Leblanc is proof that sometimes, things are not so linear.

As a teenager Susan thought of going into medicine, but after a particularly invigorating global geography class in high school, she considered a different path. “We learned all about sustainable development and justice concepts that I hadn’t really learned before,” Susan says. Her brother had gone to King’s and taken the Foundation Year Program (FYP) 10 years earlier and Susan was attracted to the way it was structured. “I loved that it was all these different classes rolled into one.”

While she loved the program, she found that first year difficult, explaining that the program is “immersive and hard, but you come out the other side and you feel so much smarter after that.”

By her third year, she had found her footing. She enrolled in theatre and music courses as electives. “I realized I should be doing some performing if I’m studying it, and that’s when things took a different direction for me.” And so she decided to audition for the King’s Theatrical Society (KTS) after having been involved in community theatre with the Gilbert & Sullivan Society and a Nova Scotia Drama League production of Annie that same year.

Since this was Sue’s first time auditioning for a production at King’s, the majority of those involved in the KTS assumed she was a first-year student. “I was called Third-Year-Sue for years after,” Susan says through laughter. As luck would have it, Susan would be cast in a play by Alex McLean, who went on to be her long-term partner in theatre as they, along with Zuppa Co-founder Ben Stone, became co-artistic directors of Zuppa Theatre. She continued working with Alex, Ben and Zuppa for nearly two decades, but she’s recently taken on a different role.

In 2017, Susan became the MLA for Dartmouth North and was re-elected in August 2021. Though she had always been interested in politics—she still has copies of letters she wrote to MPs when she was a child—she hadn’t envisioned getting directly involved.

That is, until the arts industry took a turn for the worse.

“It was a super tough decision,” she says about her choice to run for public office. “It’s not that I was unhappy with my career or my life, but I was unhappy with the way the province was being run. For years, I’d been an advocate for the arts, and was getting more involved in justice work. The government at the time cut the film tax credit which had a massive effect on our arts community, and our own personal lives in our home. Auditions dried up and the film community was affected for a long time. And I was getting more and more unhappy with how it was going.”

Sue decided to take matters into her own hands and become involved in a more concrete way. She took time off from Zuppa Theatre to focus on canvasing for a provincial nomination from the NDP. It became her focus. “For a long time, making theatre in response to the world was enough for me; it was the way I satisfied my dissatisfaction with things. It became not enough all of a sudden and the drive to use my voice in a different way became really strong.”

Having been an actress for over 20 years, the rapid shift to a role in politics wasn’t without its challenges. “The hardest part in the transition was my sense of identity about being an artist,” she says.

But she hasn’t forgotten her artistic roots. Susan continues to act in smaller Zuppa Theatre productions, most notably their signature Pop-Up Love Party events. In fact, she has returned to King’s to perform the production for FYP students for the last several years.

“I love returning to campus and seeing people immersed in it,” she says. Even though she found the rigour of FYP difficult, she calls it “a magic program” and credits it with teaching her something vital.

“I learned how to learn through the Foundation Year Program. I knew things before, but I didn’t know how to learn them properly and FYP taught me how. I was okay after that.” She continues, “the ability to learn from different perspectives, whether it be from different historical periods, or different perspectives from the same historical period is so beneficial to being a performer and creator.”

Not only was it important in her career as an actress, the ability to consider issues from different perspectives and to take into account sociological factors has helped in her political career, too.

“There are a lot of terrible things happening in the world,” she says. “People who are studying philosophy and sociology and ways of communicating—all of those skills are what will get us by. Yes, coding is important and climate science, but being able to listen and analyze and dig deep into things, that is essential.” 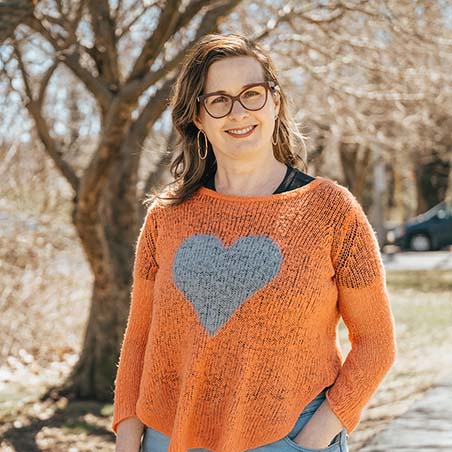