Nick Baker begins PhD at U of T 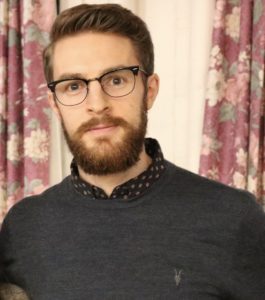 Nick Baker, BA(Hons)’11 shared the news he’s been accepted into the PhD program in the Department of History at U of T, writing: “In September I will begin generously funded doctoral studies in the Department of History at the University of Toronto, where I will continue my master’s research into the intersection of imperial citizenship and political violence in the Atlantic world. This intersection may have found its greatest expression in more recent centuries, but I was first introduced to these ideas through the work of early-modern thinkers who Dr. Simon Kow and other EMSP [Early Modern Studies Program] faculty very kindly (and patiently!) made intelligible for me. I owe King’s, EMSP, and my mentor Dr. Kow particularly, an immense debt of gratitude for turning classrooms, offices, and the occasional pub into fertile spaces for intellectual rigour, debate, and collegiality.” 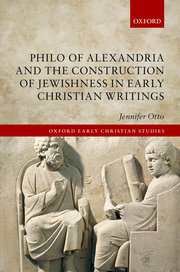 Assistant Professor of Religious Studies at the University of Lethbridge, Jennifer Otto, BA(Hons)’06, published her first book, Philo of Alexandria and the Construction of Jewishness in Early Christian Literature, in 2018 with Oxford University Press. She supplied this synopsis: “Traditional scholarship maintains that Christianity and Judaism decisively separated into two rival religions already in the first century, during the lifetime of Jesus himself. Recent research has discredited this old paradigm, positing the counter-thesis that the emergence of Christianity as a separate religion from Judaism was a long and complicated process, not completed until the fourth century CE. This study approaches the question of how early Christians defined the difference between Judaism and Christianity by exploring their portrayals of one particular Jew, the first-century philosopher and contemporary of Jesus, Philo of Alexandria. Using portrayals of Philo as a window into early Christian thinking about Judaism, it uncovers three related, yet distinct, early Christian articulations of just what it was that Christians shared in common with Jews, and what made them different.” 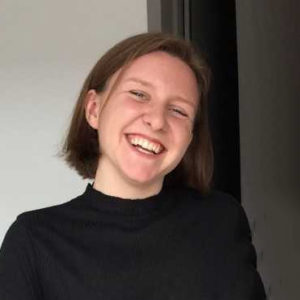 King’s alumna Hannah Barrie, BA(Hons)’17 has joined King’s scholarly inquiry to examine the possible connections, direct and indirect, of the university with slavery in the late 18th and 19th centuries. The comprehensive project comprises original, independent research by leading Canadian and U.S. scholars Hannah is currently an MA student in Gender Studies and Feminist Research at McMaster University.