The Prince Scholarship is one of several major scholarships at King’s. Two first-year recipients explain what drew them to King’s and what receiving this financial award means to them.

This year, the University of King’s College reinstated its Prince Scholarship after a 50-year hiatus. It is awarded to African-Nova Scotian students entering the Foundation Year Program. Ayele Atiwoto and Isabella Jefferies are the 2019 recipients of the $6,000 scholarship, which is renewable for four years. 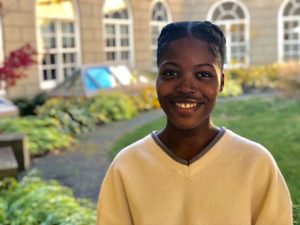 Ayele Aliwoto is one of the recipients of the Prince Scholarship this year. She plans on working in foreign aid.

Nineteen-year-old Atiwoto, who was born in Ghana, West Africa, and moved to Halifax with her family when she was seven, learned about King’s at her high school’s university fair. “I didn’t know anything about it,” she says. “I’m not a science-y person, so I decided to apply to do an arts degree.” She was accepted but deferred for a year so she could travel overseas by herself for six months after graduating from Citadel High.

While teaching English as a second language in Honduras, Atiwoto applied for the Prince Scholarship. “That was difficult, because no one looked over my application to make sure it was nicely polished,” she says. After Honduras, she travelled in Guatemala, Mexico and Belize. When she returned to Halifax in February 2019, she moved back in with her family, started looking for a job and considered applying for a student loan.

In March, Atiwoto received the letter from King’s informing her that she had been awarded the scholarship. “It was cold out, and I was job hunting and kind of sad. When I read the letter, I thought thank God, if I don’t find a job right away it’s OK. The news came at a really good time.”

In the future, Atiwoto would like to work as a foreign aid worker, so she plans to take international development studies courses. This year she’s taking an introductory journalism course as her elective and volunteering with the Halifax Humanities Society. “I have an adventurous spirit, and I enjoy helping people. The scholarship will motivate me to work harder and stay on top of my grades.”

Journalism student will make the most of her Prince Scholarship 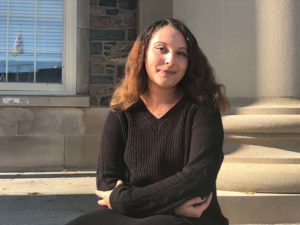 First year journalism student Isabella Jefferies is a recipient of the Prince Scholarship. So far, she enjoys the research aspect of journalism.

Bachelor of Journalism (Honours) student Isabella Jefferies also received the news that she was a Prince Scholarship recipient via a letter in the mailbox. When she saw the envelope, she thought it was application information. “It was quite the surprise!” she says. “My whole family was there when I read it, and we were all very excited. It’s such a privilege to receive it.”

The scholarship means that Jefferies, 18, doesn’t have to work during the school year. “I’ve had a job since I could legally work—I’ve been a cashier, I taught swimming lessons and I was a lifeguard. I enjoy working, and I’ll still work in the summers, but I’m grateful for the fact that I can rely on this scholarship to focus fully on my studies.” 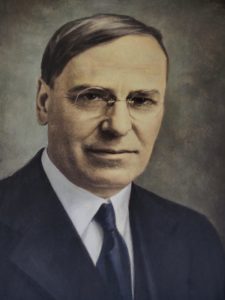 Samuel H. Prince, a revered sociologist and King’s professor, is the namesake of the Prince Scholarship, valued at $6000 annually and awarded to African-Nova Scotian students.

An avid reader, Jefferies has always been interested in compelling stories and the news. She chose King’s for its journalism program after attending an open house on campus in October 2018. She applied for the Prince Scholarship after her high school guidance counsellor told her about it. “Like most kids in Grade 12, I was looking for any scholarship to help me out financially. It’s a monetary weight lifted, and I plan to make the most of it.”

Although she hasn’t yet decided if she wants to focus on a career in print or broadcast journalism, Jefferies already knows that she enjoys research and fact-checking, and that she’ll work in journalism in some capacity.

King’s Prince Scholarship is named for Dr. Samuel Prince (1886-1960), a King’s professor, a pioneering sociologist, Anglican priest and builder of the social welfare state in Nova Scotia and Canada. In 1959, thanks to a benefactor who requested anonymity, King’s established the Prince Scholarship, then a renewable $1,000 scholarship for an African-Nova Scotian student—the first of its kind in 1960s. It was available for 10 years but when its benefactor died, the funding ceased. Revitalized in 2019, its now endowed for perpetuity, currently valued at $6,000/year and renewable annually.