In 1964, an international scientific team, led by McGill gastroenterologist Dr. Stanley Skoryna, set sail out of Halifax for Easter Island with a plan to document the biosphere of the world’s most remote community. The expedition, which had been hastily organized, did not go exactly as planned and a final report was never written.

Now, 55 years later, Dr. Jacalyn Duffin has scrupulously researched the expedition’s successes, failures and lasting effects which she will present in a talk called “Stanley’s Dream” at King’s on Wednesday, Jan. 16. 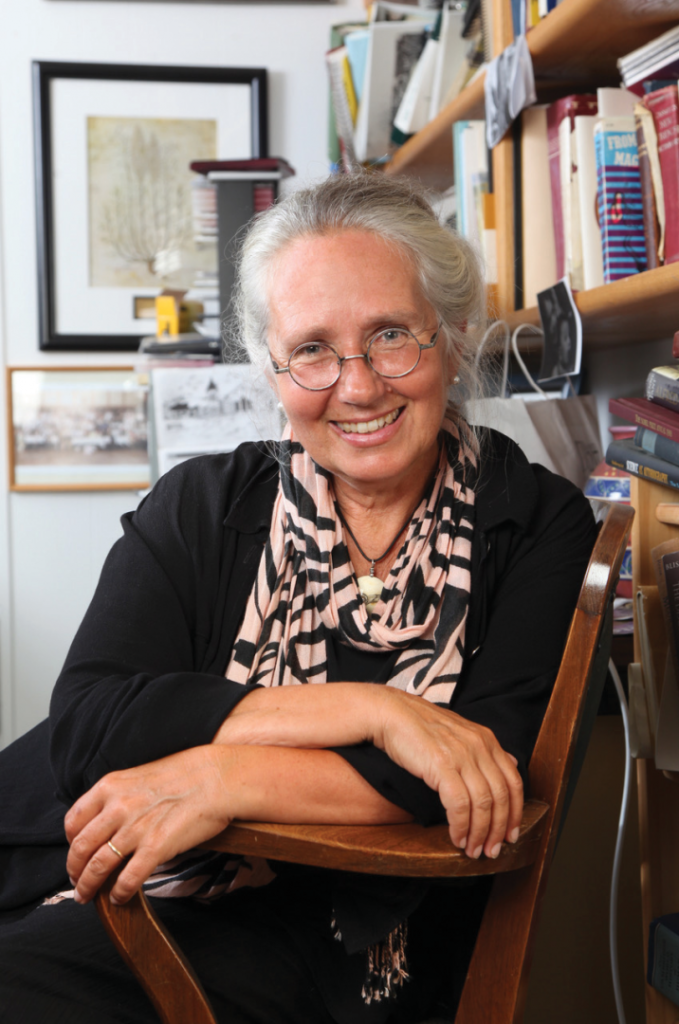 Dr. Jacalyn Duffin will present the 2019 MacLennan Lecture in the History of Science and Technology on January 16.

Dr. Duffin is a medical historian and hematologist who has occupied the Hannah Chair of the History of Medicine at Queen’s University since 1988. Her interest in Dr. Skoryna’s expedition was piqued in 2014 when she stumbled upon some archival records about the expedition.

“I started pulling on the thread,” says Dr. Duffin, “asking why no historian had ever written about it [the expedition].”

“It was too fascinating. It just blew me away, that Canada would have led such a complex expedition to this remote part of the world.”

Easter Island, a tiny Polynesian island located some 3,700 kms from the Chilean mainland, has been ruled by Chile since 1888 and was run as a sheep farm by a Scottish company until 1953. It’s home to some 7,000 people and the mysterious Moai statues.

The 38-member scientific team (17 of whom are still alive), navigating by sextant, sailed there on a Canadian naval vessel with a staff of 200. Why would Canada invest all these resources into the expedition and not require a report? Dr. Duffin asked herself. She says the expedition took hold of her mind and wouldn’t let go.

She discovered that the mission was fast-tracked in part because of the International Biological Program, which had started in 1963/64. “People were concerned at the time about what was going to happen to the world with overpopulation, with pollution, with radioactive fallout from all the nuclear arms testing, etc. It was a very frightening period.” The International Biological Program was launched to encourage countries to talk to one another, to collaborate, and to figure out how human beings adapt to these kinds of challenges.

“[Dr.] Skoryna and his colleagues thought it would be interesting to survey Easter Island in this light, and also because they’d heard Easter Island was going to get and airport which would have dramatic consequences [on its biosphere and general anthropology]. They thought, ‘here’s a fly in amber. It’s the perfect example of how humans adapt to these kind of challenges.’ They knew stories of smallpox coming to Canada and thought Easter Islanders would be similarly vulnerable once tourists started flocking in by air,” Dr. Duffin says. (Though it’s considered the world’s most remote island, Easter Island’s now has an estimated 100,000 tourists annually.)

There were many roadblocks in Dr. Duffin’s research—Dr. Skoryna’s papers were destroyed, some records were simply lists of names, and many of the people who were on the expedition were either unknowable, elderly or deceased. Yet through doggedly digging into scholarly indexes, interviewing the surviving expeditionists and crew members, and taking a trip of her own to Easter Island, Dr. Duffin pieced together the story and has written a book about it called Stanley’s Dream: The Canadian Medical Expedition to Easter Island. It will be published by McGill-Queen’s University Press in 2019. Her Jan. 16 lecture at King’s will cover the highlights of the book.

Dr. Gordon McOuat, King’s professor in the History of Science and Technology honours program, said “King’s is pleased to host this, our second annual MacLennan Visiting Scholar. Dr. Jacalyn Duffin is one of the world’s leading historians of medicine and has been at the forefront of bringing medicine and humanities into dialogue.”

Oriel MacLennan, in whose honour the visiting position is named, is a long-time supporter of the History of Science and Technology Program and the University of King’s College. “We are so very grateful that her support has made this lectureship possible,” says Dr. McOuat.

The lecture happens at 7 p.m. It is free and open to the public. Dr. Duffin is available for interviews.