As it continues its inquiry into possible historical connections to slavery, the University of King’s College welcomed an essential voice Thursday night. Dr. Harvey Amani Whitfield, professor of U.S. and Canadian history at the University of Vermont, delivered his lecture Slave Lives Matter: Biographies of Black Slaves in the Maritimes to a full-house in Alumni Hall. It was followed by a lively Q&A. 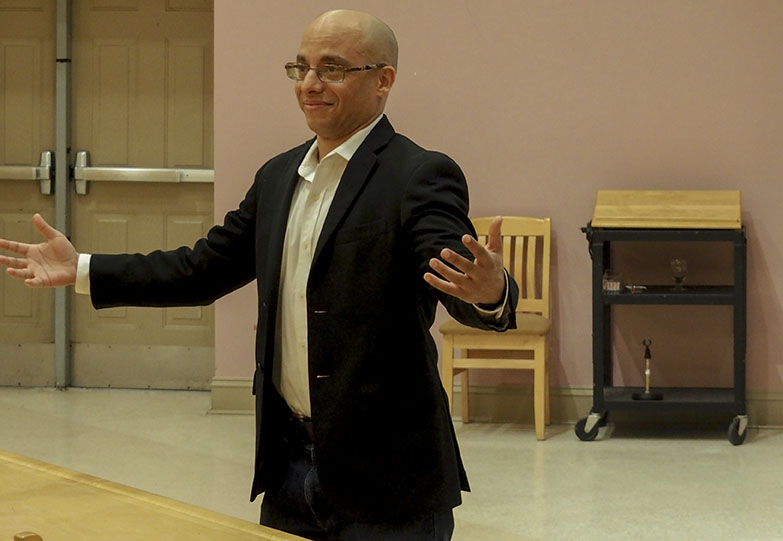 “Our research needs to be informed by his scholarship,” said King’s President Bill Lahey during the introduction.

Dr. Whitfield received his B.A. at Colorado State University, and his M.A. (1999) and Ph.D. (2003) in the Department of History at Dalhousie. His books include Blacks on the Border: The Black Refugees in British North America, 1815-1860, The Problem of Slavery in Early Vermont, 1777-1810, North to Bondage: Loyalist Slavery in the Maritimes, and Black Slavery in the Maritimes: A History in Documents.

“It is an honour to have him here,” President Lahey said.

When we discuss slavery, we must restore the humanity of the people who were enslaved, Dr. Whitfield said. “They were still people. Don’t treat them as if they were not human.”

Dr. Whitfield gave an overview of how slaves arrived in Nova Scotia and the Maritimes and the complexities of their lives, as well as specific biographies of individuals who were enslaved in the 17th and 18th century in Atlantic Canada.

The American professor argued that when we discuss slavery, we must restore the humanity of the people who were enslaved. He encouraged the audience to remember that slavery is not one thing, it is a collection of individual people and their experiences. Dr. Whitfield said he is constantly reminding his students of this. “They were still people. Don’t treat them as if they were not human.”

“The questions for historians are, ‘How can we do justice to these people? How can we explain their lives?'” he said, pointing out that the most detailed narratives we have of the individuals enslaved comes from fugitive slave advertisements. 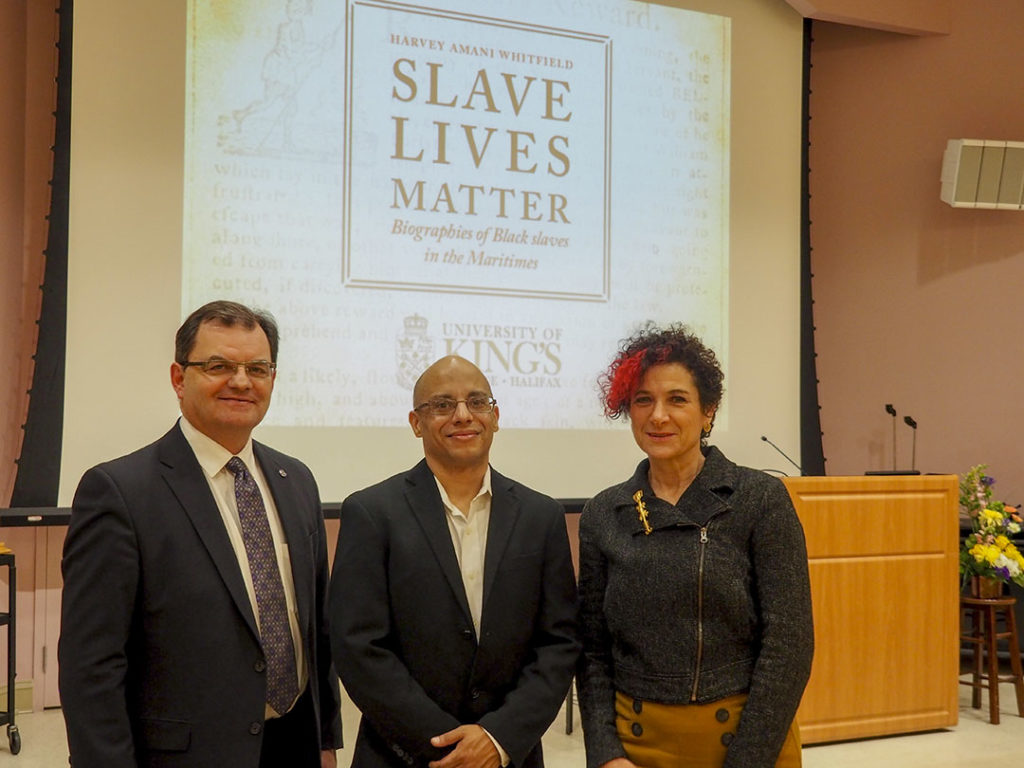 Slavery was a regular way of life in Atlantic Canada in the 17th and 18th centuries. While King’s asks all these questions about its history, Dr. Whitfield reminded everyone in attendance that slaves cannot be described in a simple academic manner. They were human beings who were diverse.

“We must first start by understanding the historical context of slavery in the Maritimes,” Dr. Whitfield said. “But, also illuminate each individual slave’s life as much as the documentation allows.”

In February 2018, King’s announced its scholarly inquiry into examine possible connections, direct and indirect to slavery in the late 18th and early 19th century.