What’s it like moving across the country to attend King’s? Let Kayleigh and Meg tell you about it 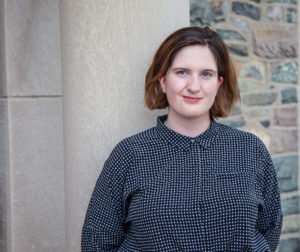 Hi! My name is Kayleigh Shield, BA(Hons)’16, and along with being a Senior Recruitment Officer at the University of King’s College, I am also a proud King’s alumna. In 2012, I moved from Toronto to Halifax to take the Foundation Year Program and graduated from King’s in 2016 with a combined honours degree in Contemporary Studies and Gender and Women’s Studies. I get a lot of questions from students who live in Ontario about life in Halifax, specifically, why I moved so far away from home, and thought I’d answer some of them. 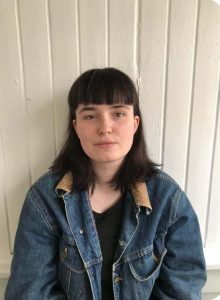 Everyone has a different university experience, so I asked my friend, fellow King’s grad and Vancouverite Meg Shields, BA(Hons)’16 to weigh in with insights from her time at King’s as a fellow non-Nova Scotian. Meg graduated from King’s with a combined honours degree in Early Modern Studies and Classics before she obtained a master’s degree in Information Science from the University of Toronto. She currently works as an archivist and writer in her home province of British Columbia. Like me, Meg moved to Halifax to do the Foundation Year Program

Why did you choose King’s?

Kayleigh Shield (KS): When I was initially applying to different universities, the plan was to stay in Toronto. Mid-way through the fall, my best friend told me about a program that she had heard about from our art teacher. It was called the Foundation Year Program (FYP), and basically, for a year, students read and discuss different books.

Before I had heard about FYP, I had assumed that I would just choose a program and stick with it. The idea that I would have a year to explore my interests and have a first-year experience that was unique appealed to me.

Meg Shields (MS): There were a couple of reasons, some sillier than others. Vancouver has a siren-like quality to it that tends to keep locals in place. I grew up in Vancouver, and knew that if I didn’t leave the city for university, there was a chance I never would—which, while not necessarily a bad thing, held little appeal to me. What did appeal to me was being by the sea; proximity to an ocean (any ocean) felt imperative. I also had my mind set on attending a smaller school; large campuses felt anonymous and, at the time, I was looking for something personal. More pragmatically, the Foundation Year Program appealed to both my desire to do hard, demanding work…as well as my lack of commitment when it came down to deciding on a single department. I wanted the ability to explore my academic options. It’s trite, but true: it was the right fit.

Wait—what is the Foundation Year Program?

KS: The Foundation Year Program is a one-year program for first-year students. It is one of the oldest great books programs in Canada; this means that we read books written by people living in the time period that is being studied, instead of textbooks. It is a structured and immersive approach to the first year of university. Rather than choosing 10 different courses, students will take one big course (FYP) plus one or two electives (depending on if you choose to pursue FYP as an Arts, Journalism, Music or Science student). As I mentioned earlier, over the course of one year, you read and discuss the works and ideas of some of the most influential writers and thinkers in Western history, from Ancient Greece to post-War Europe and America. You read something different every day, and each day after lecture you are in a tutorial with 15 other students. You have the chance to learn with other people who are interested in the same things you are.

MS: I’ll echo Kayleigh’s impressive summary, and add that every two weeks or so, FYP assigns an essay, with prompts from the last two week’s readings. By the end of the program, you are more than equipped to meet the demands of upper-year workloads.

How far away was King’s from your home province?

KS: Halifax is just under 2,000 kilometres away from Toronto. It is about an 18-hour drive or a two-hour direct flight to travel between the two cities.

MS: The width of Canada. So roughly 6,165 kilometres. Were one inclined to drive, it would take roughly 60 hours on the road. A direct flight between the two cities takes about six-and-a half-hours. If your flight has a layover, it usually takes about eight-hours to complete the journey.

Did you miss your family and friends? How did you keep in touch?

KS: I definitely missed my family and friends. The first year of university is a big transition, but luckily, I was able to keep up my relationships with my family and friends, thanks to Skype and regular phone calls. I also got really into sending emails—I approach them like I am writing a letter without putting on a stamp.

MS: I’m a walker and when I walk, I call people. It’s a habit I’ve kept to this day. In my experience, homesickness winds up being not for people, but for places. It’s harder to arrange a Skype call with your favourite beach. I did not find it hard to stay in touch with folks back home; the internet has some saving graces and one of them is that it does help with keeping up long-distance.

What did you do after the Foundation Year Program?

KS: I chose to enter the Contemporary Studies Program. When I was originally applying to King’s and checking out programs, it was the most appealing to me and it remained that way after FYP. I knew that FYP was a one-year program, so I wanted to see the other programs King’s offered beyond the first year. Contemporary Studies focuses on issues happening in the present; in other words, what does it mean to live now? Before I learned about CSP, I had thought that university was about studying the past rather than the present. I got to write papers on reality television, Greek mythology and love, all topics which I never thought I would get to write about in university. After completing FYP, my interest in CSP was affirmed, and I began taking classes in my second year.

MS: I enrolled in the Early Modern Studies Program at King’s and Classics at Dalhousie (The King’s and Dalhousie’s partnership lets you combine majors and minors between the universities). It’s a well-known combination, and it felt right. There was very little decision-making on my part, if I’m being honest. After FYP it just felt like the logical next step.

What was your favourite book?

KS: I don’t know that I have a favourite book from FYP, but the book I have reread the most was T.S. Eliot’s The Wasteland. Part of the reason is probably because of my morbid interest in despair.

MS: I latched onto Euripides’ Bacchae like a lamprey. I found ways to eke it into other FYP content, essays, and most conversations. Quantifiably a favourite read.

KS: I made good friends and I had the opportunity to take classes and work with professors who had the same interests as me. The place had become a second home.

MS: Kayleigh hit it right on the head; when it’s right, it’s right.

If you have a question that wasn’t answered above, please send it to kayleigh.shield@ukings.ca.