“What makes a book a classic?”

This is a question that has fascinated writers, philosophers and readers for centuries. It is also a question that Foundation Year Program (FYP) faculty ask themselves each year as they once again review the syllabus. So it was only natural to select this as the topic of King’s first Essay Writing Contest for High School Students.

Open to students in grade twelve, the contest asked participants to reply to the question with reference to a text of their choice. To help them put their best foot forward, students entering the contest were encouraged to participate in a related Essay Writing Workshop that focused on the skills required to write a university-level academic essay.

King’s received over forty submissions in total, all of which offered unique insights on the subject. Two essays in particular stood out to the judges for their clarity, the thoughtful approach the students brought to the question, and for the essays’ successful integration of material from the text to present a compelling argument: these essays were written by Amy Kay Partridge and Maggie Fyfe. Congratulations to the essay contest winners! 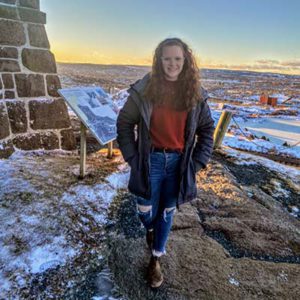 For her essay, Amy Kay Partridge wrote on F. Scott Fitzgerald’s The Great Gatsby, arguing that determining whether or not a book is a classic is ultimately up to reader. To Partridge, “culture needs to be contextualized when discussing what makes a classic.” In other words, classics are defined by the cultures that create and celebrate them, and what one culture considers a classic may or may not be seen that way by other cultures. Partridge also argued that classics must speak to themes that are timeless. In the case of The Great Gatsby, Partridge highlighted the theme of the past informing the present, writing that the novel “has a lot to say about escaping the past, or the impossibility of escaping the past.” While classics may not be relevant across different cultures, they are classics nevertheless because they speak to themes that remain relevant over time. Ultimately for Partridge, the reader defines what a classic means to them, taking into account a book’s cultural context, the themes it presents and their own interpretation of the text.

Dr. Neil Robertson, director of the Foundation Year Program shared his thoughts on what made this essay successful:

“Amy made a wonderfully reflective argument about the very status of the concept of a ‘classic.’ Amy interrogated this term by relativising it in relation to the idea of a ‘culture.’ But what was striking was that Amy did not, in making this point, simply abandon the idea of a classic, but argued that there could still be themes or aspects of work that allowed it to ‘transcend time.’

“Amy’s choice of The Great Gatsby was an interesting one. She located it very much in a cultural context, reading the play as a reflection on the ‘American dream.’ But then she suggested that this very specificity about the text opened [it] to universal questions about the desire to at once escape the past and the impossibility of realising this desire.”

It is hugely encouraging that high school students across Canada are working at such a high level of thoughtful reflection.

When asked why she chose The Great Gatsby, Partridge said “it has always held a very special place in my heart. The first time I read it, I was in the seventh grade. I had procrastinated on a book report and was just looking for the shortest book on my shelf. It happened to be The Great Gatsby and little did I know I was about to read the book that I would think of as my all-time favourite for a long time to come. I devoured it, finishing it in about a day. Since then, I have reread it a handful of times. When I came across the prompt for this essay contest, my first thought was The Great Gatsby because to me, it will always be the epitome of a classic.” 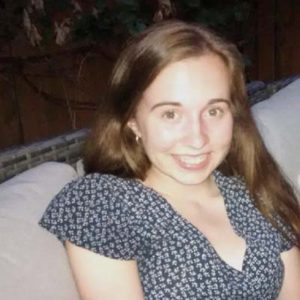 Partridge shares the distinction of essay contest winner with Maggie Fyfe, who wrote an essay on Sophocles’ Antigone. Fyfe argued that a classic text is one that offers timeless insights. Saying “classic texts…have served as our ‘counsel’ for centuries,” Fyfe noted that Antigone offers insight into contemporary politics. Fyfe’s essay focused on the character of Creon, ruler of Thebes, to make her argument clear. Against all advice Creon forbids Antigone from performing funeral rites for her dead brother and therefore provokes the anger of the gods and of his subjects. Fyfe argues that Sophocles tells us that “the strongest leaders are willing to be flexible, humble, and openly vulnerable,”—in other words, the exact opposite of Creon.

Fyfe says “I chose Antigone, because it perfectly exemplifies a ‘classic’ text. I find it interesting that a Greek tragedy written over two thousand years ago can provide such relevant advice to us today, especially in our current political climate.” For Fyfe, classics are texts that are turned to for guidance and which offer insights that continue to resonate.

Of Fyfe’s paper, Dr. Robertson said “Maggie’s focus was on the timeless and still timely character of Antigone as a continuing source of practical wisdom in political life. Her careful consideration of the play, including excellent use of the text and a fine analysis of the play’s development all served to make her overarching claim to the classic status of the play from ‘classical’ Greece. But then she drew on our contemporary situation to show the abiding value of what she found in that play written more than two millennia ago.”

Both Partridge and Fyfe wrote essays that reflected on how a study of classic texts reveals the way the past informs the present.

According to Dr. Robertson, the essays were “a wonderful reflection on the relation of past to the present and then whether, from this reflection, we can see truths that ‘transcend time.’ This is there in both of our winning essays. In this, both essayists point to the task of the Foundation Year Program itself.”

The committee had many strong candidates to choose from, as Dr. Robertson observed.

“There were many very fine papers submitted for our first Foundation Year Program Essay contest: it was difficult to narrow down our choices and in fact the committee came to select two essays as winners. It is hugely encouraging that high school students across Canada are working at such a high level of thoughtful reflection.”

The quality of the entries speaks to the students who are attracted to King’s—thoughtful, curious, and creative individuals who have an interest in what the past can tell us about our present moment. King’s thanks every student who entered the contest for offering their insights into the question of what makes a book a classic. 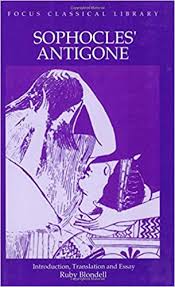 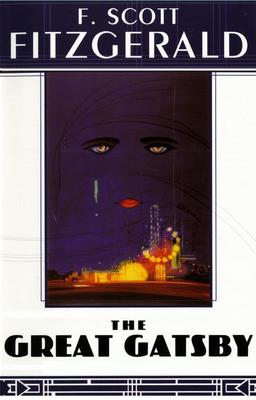