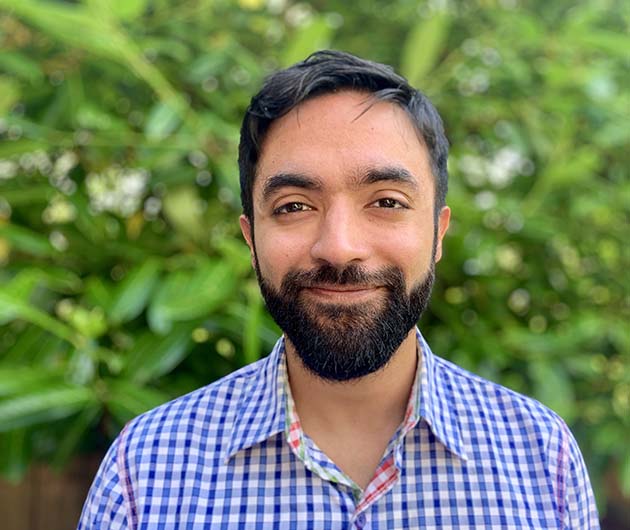 Hamza Karam Ally is a Fellow in the Foundation Year Program. He has a PhD in Humanities from York University with particular interests in modern literature, interdisciplinary critical theory, phenomenology and postcolonialism. His doctoral work developed the subject of radical alterity/otherness in modern literary texts from multiple traditions, working with continental philosophy and postcolonial theory.

His current project explores the impact of September 11 and the ‘War on Terror’ on the modern literary canon of the United States and South Asia and particularly on contemporary discourses surrounding terrorism, migration, invasion and colonialism. He has recently published work on alterity in Yann Martel’s Life of Pi and Herman Melville’s Moby-Dick, the Hegelian and postcolonial ‘other’ in Albert Camus’ The Stranger and Kamel Daoud’s The Meursault Investigation, as well as on the subjects of trauma and mourning in Don DeLillo’s post 9/11 novel Falling Man.

He has taught seminars on a breadth of subjects, including classic literature and genre fiction, American history and culture, Postcolonial literature, South Asian literature, feminist writing etc. He has an unwritten novel in mind which he is pretty sure could be either brilliant or else terrible.

Modern Social and Political Thought I: Politics of Recognition

The Experience of Others in Philosophy, History and Literature

Culture, Politics and the Post-Colonial Condition