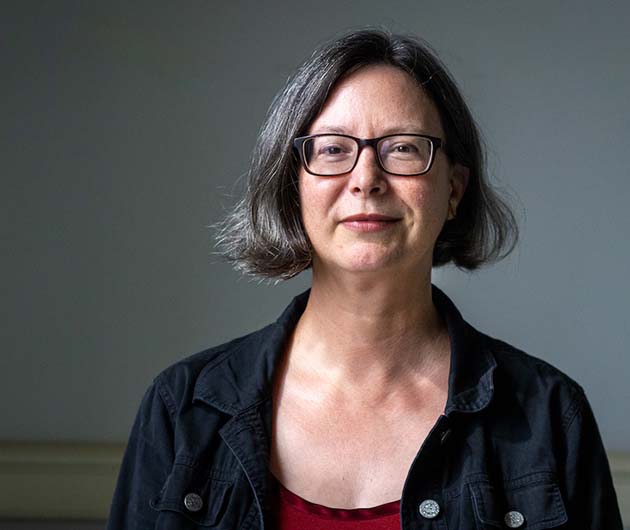 Terra Tailleur is a digital news specialist. As a journalism educator, she works at the intersection of media literacy, digital literacy and storytelling.

Terra spent nearly 20 years in newsrooms before moving to the classroom to teach full time. She started off as a reporter for community newspapers in Alberta in the 1990s. She worked for CBC Radio for five years — including two years above the Arctic Circle — crafting both news reports and documentaries. She spent 10 years on the digital desk with CBC News in Halifax. As a senior writer, she held every role within the web and digital world, from researcher and writer, to multimedia producer and social media curator. She earned a graduate degree in entrepreneurial journalism before leaving the CBC in 2013.

At King’s, Terra is the lead editor of The Signal, an award-winning news site produced by senior journalism students. She oversees internships and has created new courses, including Reporting in Mi’kma’ki.

From 2016 to 2020, Terra was Atlantic director of the Canadian Association of Journalists, a professional organization that advocates for journalists and press freedom. She served as vice-president in her second term. She is currently a member of the CAJ’s ethics advisory committee.

Terra regularly advises journalists and communicators at large. She collaborated with Looking Out For Each Other to produce guidelines to help journalists report on missing Indigenous people. She was a curriculum reviewer and presenter for Misinfo 101, the CAJ’s national project on misinformation and verification techniques for post-secondary students. With J-Schools Canada/ÉcolesJ, she is developing a new strategy for internships for journalism students.