“I’m a journalism student. It’s a very top-notch program in the entire country. And the Foundation Year Program is as well. But thinking about how I was going to fund my education and make an impact and effectively spend my time here had me thinking,” Dyment said.

He was trying hard to save the money he was making mowing lawns in Tyne Valley, P.E.I. last summer to pay for his education, and described the moment he opened the letter telling him he’d won a scholarship as “so special.”

“It allows me to continue my studies . . . and be able to take steps toward my future knowing that I have the support and confidence of two outstanding donors who contributed this award.” 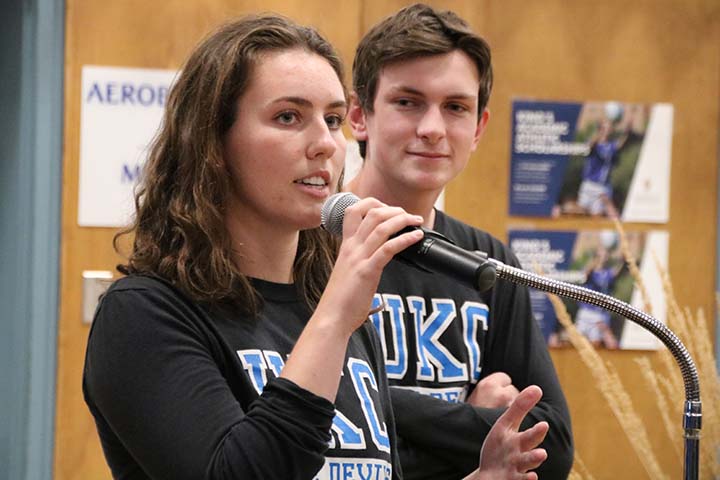 Isabelle Roach is a fourth-year science student, King’s newest Rhodes Scholar and a Blue Devils volleyball team member who received a Debra Deane Little and Robert Little Academic Athletic Scholarship this year. She and Dyment thanked the family on behalf of all the scholar-athletes at a reception held in King’s gym this September.

“We’re full-time students, we’re trying to be the best players we can be, and to be financially supported is just a show of support for our whole athletics department,” she said.