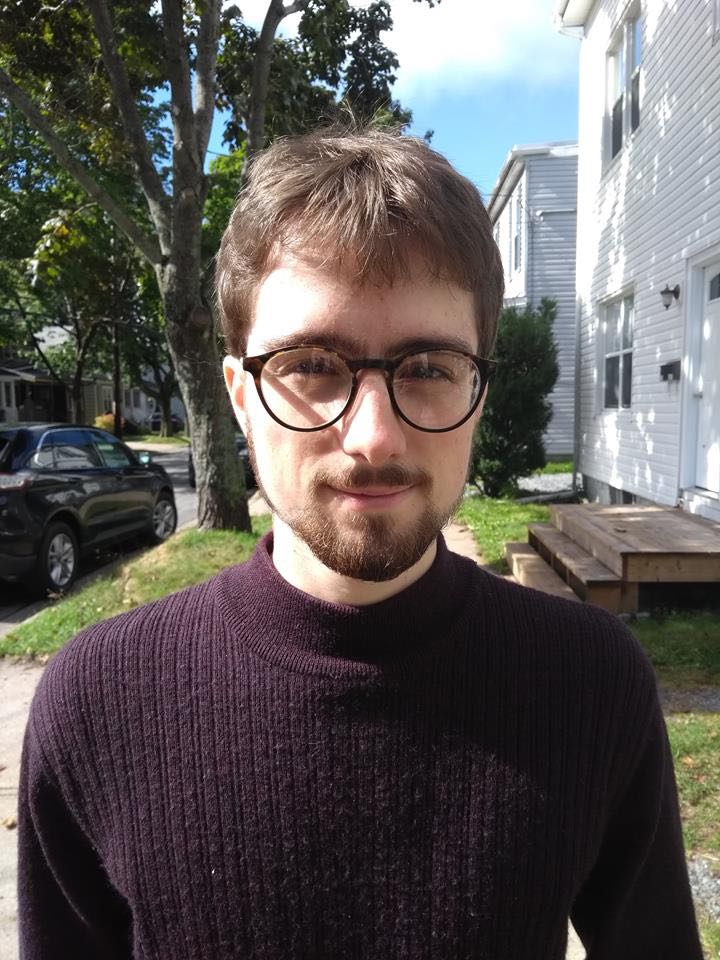 ‘Conference hopper’: King’s student Cédric Blais, who’s double-majoring in the History of Science and Technology and International Development, will present papers on lateral gene transfer and molecular evolution at conferences in the United States and Europe this spring.

As he took off his coat and sat down in the Wardroom, King’s student Cédric Blais let out something between a laugh and a sigh when asked how busy he is. Blais is a double honours student studying both History of Science and Technology and International Development. He is also doing a minor in Contemporary Studies and pursuing a Certificate in Indigenous Studies. He wasn’t concerned about exams or final papers, but instead he was in the middle of preparing for what he calls “a really fun summer of ‘conference-hopping.’ ”

Between now and June, Blais will present papers at professional conferences in Massachusetts, Vancouver and Norway. He will be highlighting his work on lateral gene transfer and molecular evolution. They will be his first academic conferences.

“It’s not every day you get paid to deliver your research,” he joked. The fourth-year student said he is excited to talk about his work in a professional context. “It means I’ll be able to meet other people in the discipline, who have more experience than me and have very interesting things to say.”

I’ll be able to meet other people in the discipline, who have more experience than me and have very interesting things to say.

Blais has a lot of interesting things to talk about himself. He’s the Day Student Society Representative on King’s Students’ Union, and he studied in Memory, Politics and Place through King’s study abroad offerings in Berlin last summer and blogged about it.

Blais also resurrected the History of Science and Technology (HOST) society this year. The HOST society held a successful student-led conference at the beginning of the March called “Alternative Histories of Science” which included a keynote speech by Dr. Jonathon Ferrier on Native science and colonialism.

“I was incredibly proud of what the entire [executive] did for that,” Blais said. He said much effort went into reviving HOST, but the long year was worth it. “We’re kind of building things from the ground up and the fact that it’s gone so well is just incredibly rewarding.”

The young scholar is just happy to contribute to the King’s community. “HOST society seemed like such a great opportunity to actually help students engage with the history of science that it felt a shame not to do something about it,” Blais said. He had some experience working in other societies and admits his motivation was somewhat selfish. They held fun meetings to talk about things they are interested in like microscopes, alchemy, and prisms of light. “It felt like a great way to actually explore topics in house that you wouldn’t actually get to explore in class.”

Blais has also been lucky to get hands-on experience several hours a week working with scientists in Dalhousie professor Dr. John M. Archibald’s lab in molecular biology department. “In my opinion, the most interesting things that happen in science, happen in the lab.”

First though, he must travel the world and talk about his passion. Then he can return to the fun.