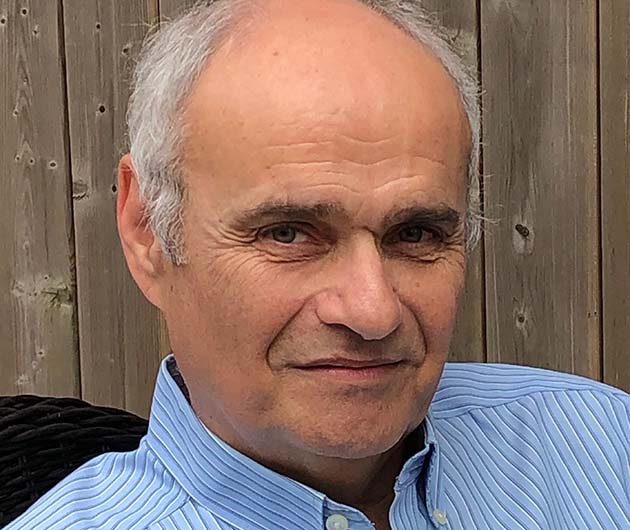 Dean Jobb is a cohort director and member of the faculty of the MFA in Creative Nonfiction program. He has been a faculty member of the School of Journalism since 2004.

He is the award-winning author of eight books. His latest, The Case of the Murderous Dr. Cream, published in 2021, won the inaugural CrimeCon Clue Award for True Crime Book of the Year and was longlisted for the American Library Association’s Andrew Carnegie Medal for Excellence in Nonfiction. It also received an honourable mention in the Chicago Writers Association Book of the Year competition and was a Washington Post pick as one of the top 50 nonfiction books of 2021. It is being translated into French and Japanese.

His previous book, Empire of Deception, was the Chicago Writers Association Book of the Year for 2015, won the Crime Writers of Canada award for best true crime book, and was a finalist for the Hilary Weston Writers’ Trust Prize. A revised and updated edition of his book The Acadian Saga: A People’s Story of Exile and Triumph, first published in 2005, was released in 2022. Dean is a past winner of the Evelyn Richardson and City of Dartmouth book awards for nonfiction, and his books have been shortlisted for the National Business Book Award and other prizes. He has published two collections of true crime stories drawn from Nova Scotia’s past and contributed chapters to three instalments of The Best New True Crime Stories anthologies.

His monthly column on true crime, “Stranger Than Fiction,” appears in Ellery Queen’s Mystery Magazine and his work has been published in the Globe and Mail, Toronto Star, Winnipeg Free Press, CrimeReads, The Walrus, Literary Review of Canada, and Canada’s History magazine. He is a contributing writer for the Chicago Review of Books and he also reviews nonfiction for The Irish Times, The Scotsman, the Washington Independent Review of Books, and the Southern Review of Books.

Dean is a former reporter, editor, and columnist for the Halifax Chronicle Herald. He is a three-time winner of the Atlantic Journalism Award and has been nominated for a National Newspaper Award for investigative reporting and a National Magazine Award. Take a look at his website.

The craft of narrative nonfiction; crime and justice; Canadian and American history; media law and ethics; freedom of the press