King’s students and staff made headlines this year.

There are many unforgettable moments at King’s over the past year, but here are eight of our biggest stories in 2019. 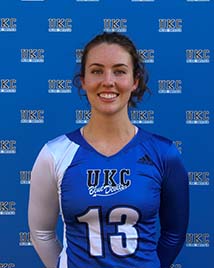 In November, the University of King’s College announced that fourth-year science student Isabelle Roach received a Rhodes Scholarship to pursue an MSc in neuroscience at the University of Oxford next year. Roach, who is also the captain of the King’s women’s volleyball team and founder of a group called King’s College Students for Sustainability, will focus on the integrated health of the environment and population.

Foundation Year Program students Gwendoline Chant and Saskia Laufer are the latest recipients of the Donald R. Sobey Family Scholarship; Halifax’s Simone Reade felt a sense of duty after winning the Dr. Carrie Best Scholarship; and, Cassandra Burbine of River Hebert, N.S. promised to make the most out of being named the first-ever recipient of the Carrie and Ralph Wright Memorial Scholarship.

Toronto-based writer and journalist Stacey Macleod won for her proposal For The Record days before graduating from King’s with her Master of Fine Arts in Creative Non-Fiction. Macleod’s book explores “the counterintuitive notion that we are losing our individual and collective pasts, even as we drown in digital memorabilia.” 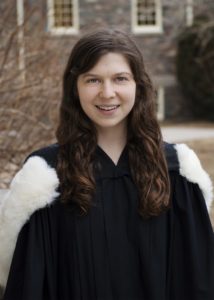 In May, King’s awarded honorary doctorates to educator and tireless community leader Dale Godsoe, author and professor Lawrence Hill, and historian, King’s alumnus and Yale professor Bruce Gordon at its 230th Encaenia ceremony. Valedictorian Meaghan Campbell spoke to the Class of 2019 about embracing uncertainty during life’s changes. Campbell, an honours journalism grad, left school to get work experience before returning to King’s to finish her degree.

In August, Jackie Torrens provided an inspirational send-off for MFA students as they concluded their two-week King’s MFA in Creative Nonfiction Summer Residency and continue on in their nonfiction writing journeys. Torrens is a writer, actor, and documentary film director who spoke about her journey as a writer through poetry, plays, television and radio, and documentaries and how the lines between fiction and non-fiction are blurrier than we think.

Growing up in Tochigi, Japan, Shinji Yamamoto decided if he were going to have the best career opportunities he needed to speak English. Yamamoto chose to come here because he said, “Canada has a very good community.” He hasn’t been disappointed. Yamamoto has found community on 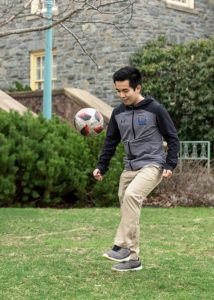 Shinji is in the final year of his economics degree, but he is in no rush to return to Japan. “I’m really happy to be here.”

campus and on the soccer field.

7. King’s partnership with University of Calgary Faculty of Law strengthens

This fall, University of Calgary Law School Dean Ian Holloway visited our campus to discuss his school’s curriculum and the partnership that gives King’s Foundation Year Program students provisional pre-admission into Calgary’s law program. There are roughly 1,100 to 1,500 applicants every year, but only 130 places. The relationship between King’s and Calgary offers FYP students a considerable advantage.

In June, King’s Inglis professor and author Shirley Tillitson won the the 2019 Governor General’s History Award for Scholarly Research—one of Canada’s top prizes for academic writing. Tillotson’s latest book Give and Take: The Citizen Taxpayer and the Rise of Canadian Democracy explores the evolution of income tax in Canada from the 1910s to the 1970s and the relationship between Canadians and the state along the way.