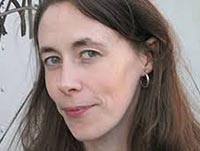 Laura Penny teaches in the Contemporary and Early Modern Studies Programs, and lectures in the Foundation Year. Her research and teaching interests include popular culture, mass media, digital culture, ethics, aesthetics, and satire. She is equally fond of spending an entire term on one thinker (Montaigne; Spinoza; Benjamin) and considering broad themes (feminisms; the media; the self) that allow us to read many thinkers.

Dr. Penny is the co-founder and co-director of Humanities for Young People, King’s summer program for secondary school students (link). She is also a volunteer for Halifax Humanities 101, which offers humanities education to those living on low incomes in HRM.

A member of the first graduating class in CSP, Dr. Penny continued her studies at Western University and SUNY Buffalo. She is the author of two books, Your Call is Important To Us: The Truth About Bullshit (2005) and More Money than Brains: Why School Sucks, College is Crap & Idiots Think They’re Right (2010). Her essays and reviews have appeared in publications ranging from The Chronicle Herald and Globe and Mail to Theory and Event and Philosophy and Literature. She is working on a book of cultural commentary about current events—such as they are—called New Lows.

The Deconstruction of the Tradition II: Precarities

Structures of the Modern Self II

Structures of the Modern Self I

Structures of the Modern Self II

Structures of the Modern Self I